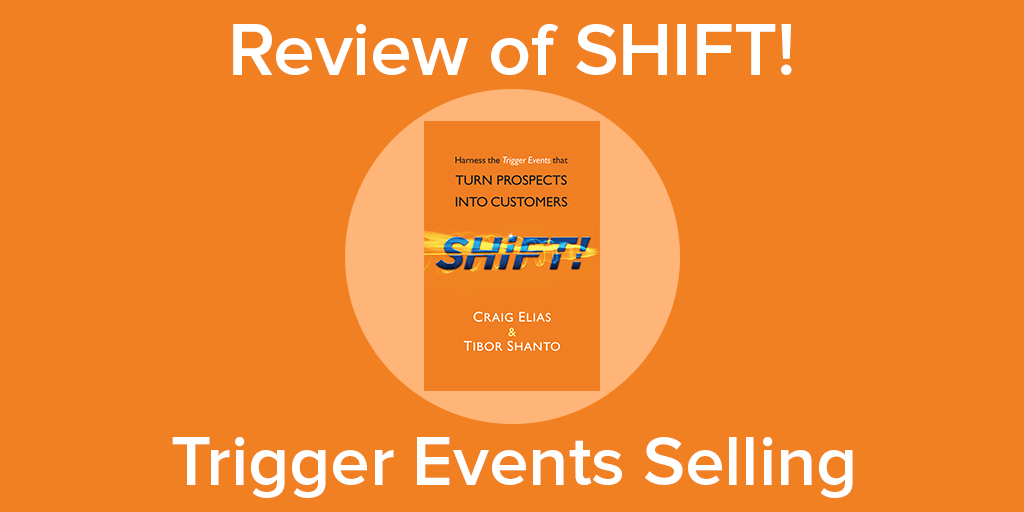 Trigger Event Selling: Big Sales Ideas from SHIFT on how you sell.

Frederick, my ex-colleague called me one Monday afternoon. We had known each other for 4 years while we both worked in a separate team at Salesforce. He had moved to head Google’s “Apps for Work” division since then, and I had chosen to start my own Salesforce CRM consulting business.

After sharing quick pleasantries, I explained how hard it was finding a business. Cold-calling was not making the cut and I could not afford marketing that companies like Salesforce had perfected to drive inbound leads.

He said, “Deep! You should call Ralph, my ex- colleague at Google. Now he’s VP Sales at a promising startup, and recently signed a deal to get Google Apps for his business. He is probably ready for CRM”!

Took me quick 30 secs to research the company, get their funding status and I called up Ralph.

Keeping aside the mundane details of a sales deal – it took me 2 meetings, 1 hour each, no demo preparation, 1 hour to create and send a proposal. And by Thursday, I had my order form e-signed and sent to me.

Now what usually took me a couple of months of active engagements (including rounds of demos, hours of proposal drafting, a few tensed days of pricing negotiation), I closed it within 4 days. Fastest sale for me ever!

What did just happen here?

Effective selling is selling to the right people at the right time.

What I had gotten good at is identifying the right kind of people. So, right people may be those with money, authority and influence to make the purchase.

But what about the right time?

It really depends on when Mr. Buyer feels the pain to change. And until he does that, he is in a state as Status Quo.

As per Craig & Tibor, authors of SHIFT, Status quo is the buying mode when the Buyer does not see a real problem that needs to be addressed. He is happy to take the path of familiarity, even though they might be unhappy. Because the path is predictable, and that of least resistance.

In other words, the perception of current performance or value of current solution provider is greater than what he may expect from your solution. So, he has developed a path dependency… That is, taking predictable routes to solve predictable problems.

Until a trigger event happens!

Now, what is that? It is a Storm, metaphorically speaking, that creates massive emotion to think of a change.

It could be a change in the top management or launch of the new office or new funding round, a product launch or a competitor making an aggressive move.

Basically, anything that challenges existing thinking. Surprisingly, unrelated events may have a ripple effect leading to change in how any company views its current scheme of doing things.

This trigger event may lead the buyer to create a new To-Do list to solve the problem or challenge, he now begins to recognize.

What? Only just beginning to recognize?

Yes, he pays attention to symptoms that cause uneasiness in their current way of working. Or that makes him re-evaluate the new vision for future. But still, he does not find a big motivation or time to put that as a top priority.

As the SHIFT!, the book puts it, now they are in the Window of Dissatisfaction. The book does a great job of clarifying this state of buying, which is ever so often missed or not recognized in selling process.

You might hear your prospect say things like “Argh, I know this is painful, and I’ll get down to solving this some day. Right now I have no time”.

And then suddenly, after putting the problem on the back burner for weeks, another event or change suddenly makes the pain unbearable.

Now, Mr. Prospect not only finds the need to act but frantically starts searching for alternatives. Now he takes proactive steps to educate himself about the problem, evaluates various ways to address it and finds out how a similar problem is being addressed by other companies.

And that’s when you, the Sales rockstar, gets a call – “Hey! I am looking to solve this problem. I know what might be causing it and it seems your solution solves it. What’s your price? Or even better – send me a quote?”

And you are happy, you’ve got a deal to work on! And it is a HOT Prospect!

Holy moly! This can’t be further from the truth.

Junk that deal, because as Craig puts it, You are likely to lose that deal 80% of the time.

Because you’re not the only sales person being called. You’d be lucky if you’re the second or even a third.

SHIFT! builds an excellent case, that sales people stand to lose when they make 2 fatal mistakes with respect to the timing of opening conversations with prospects.

They speak to decision makers too early, before they have NOT begun their journey of recognizing the problem.

Or they speak to decision makers too late, when they have almost completed the journey by deciding to act. And they are actively talking to a lot of vendors or suppliers.

And the latter leaves very little room for educating, creating value and challenging your buyers current perspective of the problem (and hence the solution).

So, when do you stand the best chance to get the deal?

When you arrive at the scene when your prospect is in the Window of Dissatisfaction. And not yet searching for possible options.

Because that’s when you get in early enough to build the trust, to assist prospect frame the problem, to help create buying criteria, to help create value greater than status quo or competition.

“Good. But how do I know that a buyer is in the Window of Dissatisfaction?”

You see, 3 things can make a buyer change from Status Quo. A bad experience with people, product or provider, or a change in the organization or something that makes him aware of an issue.

Without stealing tactics (and hence the value) from this incredible book, I’d highly recommend creating an insights based sales strategy by reading SHIFT – Harness Trigger Events that turn Prospects into Customers.

Knowing when a prospect can afford to change, makes the timing of your message (and value – benefits) magical. And that’s when you reach out with your killer message and content that engages him to justify the change.

That’s what happened when I approached Ralph! I contacted the right person, when he was in the Window of Dissatisfaction, BUT had not reached a point of self-servicing and educating himself about possible solutions available in the market.

I became his partner, assisted him in his buying journey, created differentiation against my competitors by being helpful and educative. Not to mention, as I did all that, premium price became less of a challenge to address in the short negotiation cycle.

How do you find such Frederick’s & Ralph’s in your industry? In other words, how do you find helpful nudges in the right direction?

Craig and Tibor, in their book, provide nuggets of gold on how to chance upon these trigger events through referrals and networking. So go ahead and read cover to cover.

(Spoiler alert – there is no easy way to success folks!)

Was this article useful? 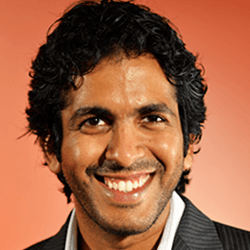 Deep is the chief sales scientist at SalesChakra. As he experiments with sales acceleration at tech startups, he documents his learnings through this blog. An avid traveller, he has lived selling disruptive technologies in 4 continents, and speaks 5 international languages. Connect with him on Twitter @askdeepr and LinkedIn.